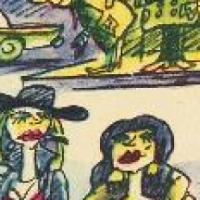 A Worker, A Victim, A Consumer: Images of Women in Soviet Satire
Katerina Eremeeva
The 1991 USSR collapse did not assume the end of everything Soviet. The new states inherited elements of the Soviet culture, mentality, consciousness, everyday practices and, of course, stereotypes. All this has required careful reflection and revision. Gender prejudices assimilated in the previous era are still part of our daily lives. We often reproduce them without realizing their origin. What, for example, was the female image and gender roles in the Soviet culture?
Детальніше »
Розділи: