Hankivsky, O. and Salnykova, A. (2012). Gender, Politics and Society in Ukraine. University of Toronto Press 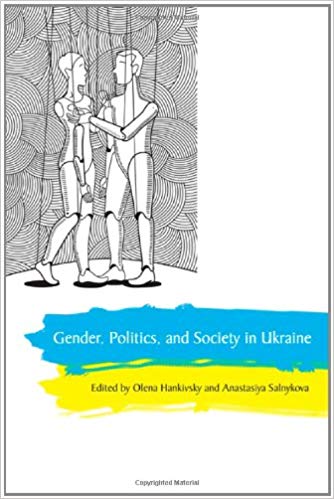 This anthology, which is widely summarized in this bibliography, is the first collection that examines how political, social, and economic changes in post-Soviet Ukraine are transforming gender roles. From various methodological and disciplinary perspectives, Ukrainian and international researchers shed light upon gender issues within social structures, education and politics. Furthermore, their contributions lay the grounds for future research and policy development. This collection of essays, written by experts in various fields and from various countries, addresses an array of women’s issues in Ukraine today. The themes covered are migration, activism, patriotism and (de)construction of nationalism, construction of gender stereotypes in the educational system, gender-perspectives of language, democracy, the feminization of journalism, etc. Each contribution forms part of mapping women’s lives and women’s rights in contemporary Ukraine. Furthermore, there is a common aim of turning oppression into opportunities for female emancipation, both through transmitting knowledge about women’s issues and through encouraging activism and systemic change. This anthology, featuring only contemporary Ukrainian researchers, offers a broad insight in gender issues in the pre-2013 arenas of feminist engagement. The chapters cover themes such as women’s representation in politics and the emancipatory potential of women’s movements along with demographic changes, discursive practices and masculinity. The anthology thus discusses the possible paradigmatic shifts in the post-Soviet gender order. Furthermore, many of the chapters investigate modern-day representations of women in art and advertisement. 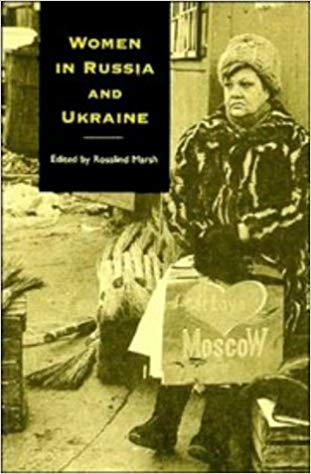 This book offers a historical account of the role of gender in Ukraine and Russia from the twelfth century to the 1990s. Experts from the West and feminists from Russia and Ukraine comprise contemporary research in the field of Russian women's studies. They analyse the societal processes that limit women's emancipation and they discuss women's health, sexuality and reproduction, women's access to the labour market, nationalism and identity formation. Furthermore, they comment on the women's movements and their development.

Murney, M. (2011). Mores of addiction: Alcohol, Femininity, and Social Transformation in Western Ukraine. Ottawa: Library and Archives Canada
This thesis investigates gendered perspectives of alcohol addiction in western Ukraine. It seeks to uncover the relationship between discourses of deviant behaviour, health care seeking and the lived experiences of women and men who self-identify as addicted to alcohol. The analysis shows a connection between stigma, nationalism and citizenship. Regardless of gender, social class is a differentiating factor in the health care provided for addicts. Through Soviet medical history, women have been considered biologically more susceptible to addiction and untreatable. This leads to limited focus on women’s addiction to alcohol. Furthermore, people sympathize more with male alcoholics, as their drinking is understood as an escape from socioeconomic issues, whereas women that drink are considered immoral, both sexually and in terms of being there for their families. Focusing on the late 19th and early 20th century, this book sheds light upon the first women’s movements in Ukraine, initiated by women in Ukrainian rural communities. Martha Bohachevsky-Chomiak compares these movements with the self-help women’s movements that have been predominant in colonial countries after 1945. The book addresses Ukrainian women in the Russian and Austrian empires and in the Soviet Union, further commenting on the national liberation struggle, the interwar period and international feminism. This book, written by the Ukrainian writer Oksana Zabuzhko, is one of the most important books in post-Soviet Ukrainian literature. The book is about a Ukrainian girl’s troubled childhood and youth, and it touches upon themes such as gender roles, child abuse, poverty, sexual violence and totalitarianism. It also portrays generational differences and family relations. Though not a piece of research, the book’s thick descriptions and critical stance towards gender discrimination can help one understand gender relations in Soviet and post-Soviet Ukraine. In this book, Phillips examines the creative strategies that disabled people in the post-Soviet countries apply to secure their rights in societies of rapid and tumultuous political, economic, and social change. For instance, storytelling is presented as a powerful tool to create a sense of kinship, community and social responsibility, and thereby enhance tolerance and inclusivity. Phillips bases her research on participant observation and interviews with disabled human rights activists, disabled politicians, disabled students, disabled workers, disabled entrepreneurs, disabled athletes, etc. 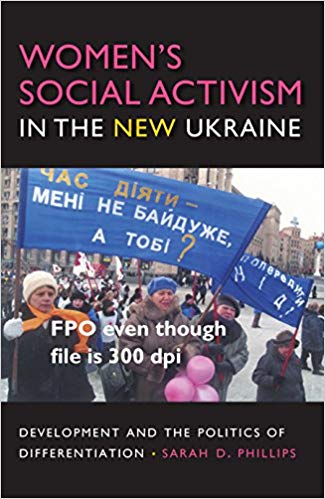 In this book, Phillips maps the Ukrainian NGO-world and explores the negative impacts that social activism has had for women in post-Soviet Ukraine. Women play a key role in social activism and in caring for people who are marginalized and not supported by the Ukrainian state. The book is based on fieldwork conducted over the course of several years. Phillips followed 11 Ukrainian activists’ political lives and documented the increasing social inequality, the increasing differentiation in the cultural criteria for productive citizenship and the changing definitions of the rights and needs of different categories of people. This anthology sheds light upon the intersectionality and complexity of freedom of choice in post-Soviet Ukraine and Russia. Though capitalist society comes with a promise of free choice, class, age, government policies and social expectations limit the individual’s exertion of free will, especially when it comes to gender identity. The chapters of the anthology investigate how the capitalist era of free choice have influenced gender identities and gender in Ukraine. Furthermore, they explore how choices drive a development towards class-formation in societies that formerly were said to be classless. As research on transgender and transsexuality in Ukraine is scarce, it is worth highlighting a chapter by Nadzeya Husakouskaya called ’Transgender, Transition and Dilemma of Choice in Contemporary Ukraine’.

Fedor, J., Greene, S., Härtel, A. Makarychev, A. and Umland A. (2017). Journal of Soviet and Post-Soviet Politics and Society: Gender, Nationalism and Citizenship in Anti-Authoritarian Protests in Belarus, Russia and Ukraine, Vol 2, No. 1. Ibidem Press 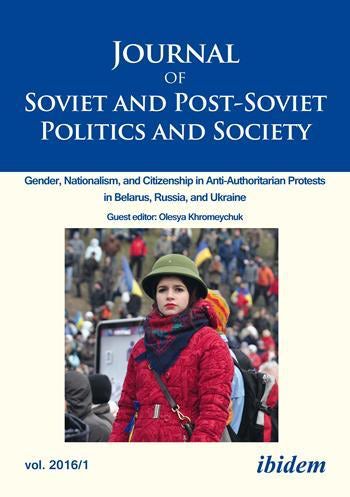 This edition of the Journal of Soviet and Post-Soviet Politics and Society offers regional and national perspectives on anti-authoritarian protests. Of articles with Ukraine as its focus, there is ‘Negotiating Protest Spaces on the Maidan: A Gender Perspective’ by Olesya Khromeychuk, who has done renowned research on the topic of protests. Furthermore, the journal features a regional article by Evgenia Ivanova called ‘Between Being Witty and Being Pretty: Paradoxes of Female Political Participation in Post-Soviet Eastern Europe’. This article captures some of the challenges for Ukrainian and Eastern European women to become more involved in political decision-making. 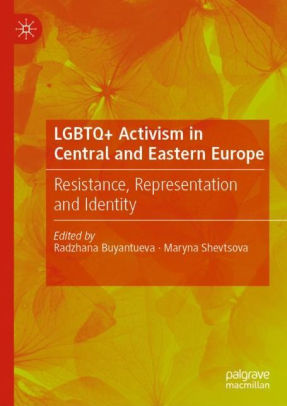 This book places Central and Eastern European LGBTQ+ people and LGBTQ+ activists’ experiences in the foreground and argues for knowledge and perspectives that are specific to this region. Much research on LGBTQ+ issues is centred around Western societies, and there is a need to switch focus to local understandings and to show an awareness of cultural and political specificities, Buyantueva and Shevtsova argue. This book thus offers interesting insights in the dynamics of LGBTQ+ activism, discrimination, homonationalism and identity in Eastern Europe. Though taking a regional approach to LGBTQ+ activism, the book showcases an article about Ukraine by Thorsten Bonacker and Kerstin Zimmer called ‘The localization of sexual rights in Ukraine’.

This book approaches women’s activism in the rural province of Cherkasy through women’s narratives of differential recruitment, activist self-understanding and ideological motivations spanning from feminist over nationalist to socialist goals. The book promotes the view that female activists make up a heterogenous group whose various life experiences shape their respective commitments to activism. The personal narratives in the book reflect that feminism and gender equality can coexist with post-Soviet national integrity. Besides presenting various women’s narratives, the book outlines the complex social field that the women’s movements operate in, including external pressures such as agendas of Western aid and the Ukrainian diaspora.