Incidence of violence against girls and women. Prepared by GfK Ukraine for the United Nations Population Fund

Having commissioned by UNFPA, GfK Ukraine conducted of violence among women and girls from August through September 2014. The survey was conducted on the basis of the questionnaire field «family relations» of the Medical and Demographic Household Survey (UDHS), held in 2007 by the Ukrainian Center for Social Reforms and the State Statistics Service of Ukraine and the Ministry of Health of Ukraine and supported by USAID. 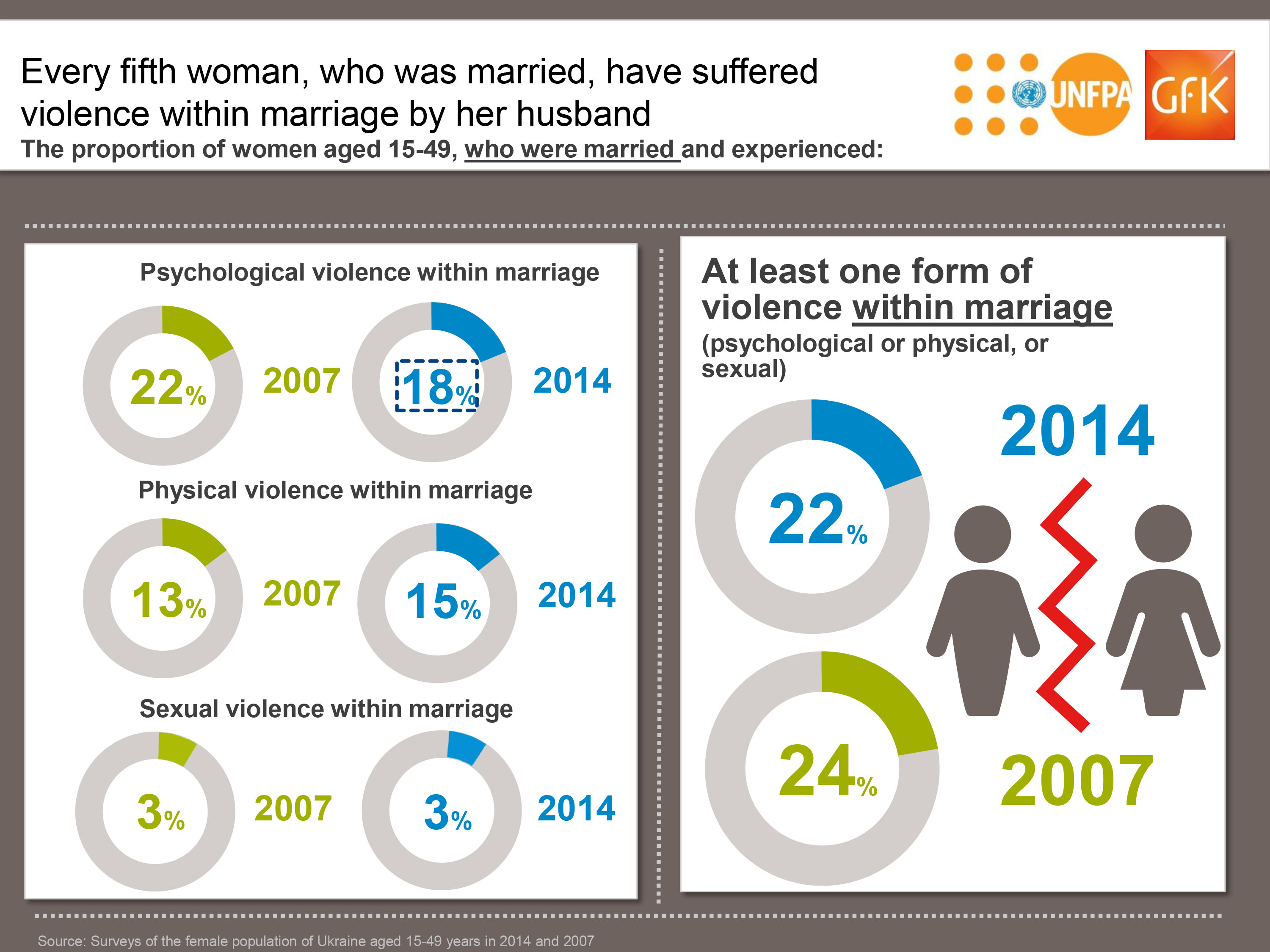 Incidence of violence against girls and women / GfK Ukraine; The United Nations Population Fund. – 14 р. – (Based on surveys of the female population of Ukraine aged 15–49 years in 2014 and 2007).