Iryna TSYBUKH: “The injustice experienced by the children of war will never let us give up on victory or make any compromises”

37
Читайте також:
Nina LEVCHUK: «Since the war has been already going on for 8 years, it is very important to think about how we will later rebuild the country and restore the economy, build new modern opportunities in the country, provide these opportunities»
Oleksandra ROMANTSOVA, human rights activist, executive director of the Center for Civil Liberties
Ksenia BUKSHINA: “My personal dream and goal at the same time my is to make the life of Ukrainian women safer and more comfortable”.
Sofia BURTAK: “We plan to distribute our forces in order to support rural women or involve them into project initiatives”
Natalia CHERMOSHENTSEVA: “In all communications, we constantly say that dignity is a basic human need”
Anzhelika BIELOVA: “My task for the coming year is to support women in difficult life circumstances and to create for them long-term opportunities for a full life and development in safe cities of Ukraine.”
Olga SERDYUK: "The war has put everything in its place, and mine, here and now, is in the vortex of events, not only with Ukraine in the heart but also in the heart of Ukraine."

Before the war, I lived a wonderful life: I sank my teeth into travel, project management and study. We made projects for children: we developed media centers in remote villages and cities of Ukraine, introduced media literacy into the educational process. I managed more systematically the international projects in the reform of the state broadcaster and worked there with a team of incredible colleagues, whom I miss very much. It is especially painful to recall my diploma at Kyiv School of Economics, which has not yet been defended: this year, in 2022, I was supposed to get MA in public administration in a program that literally changed the form and content of my thinking. We were taught by the PhDs from American universities, giving us the most up-to-date information based on research. My life before the war had a foundation of people. Maturity has forced me to appreciate myself and keep in my circle friendly, warm friends, people who know how to savor life, share their happiness and sometimes anxieties, reflect and discuss complex issues of our reality on a par with Kant over a glass of prosecco in Podil. 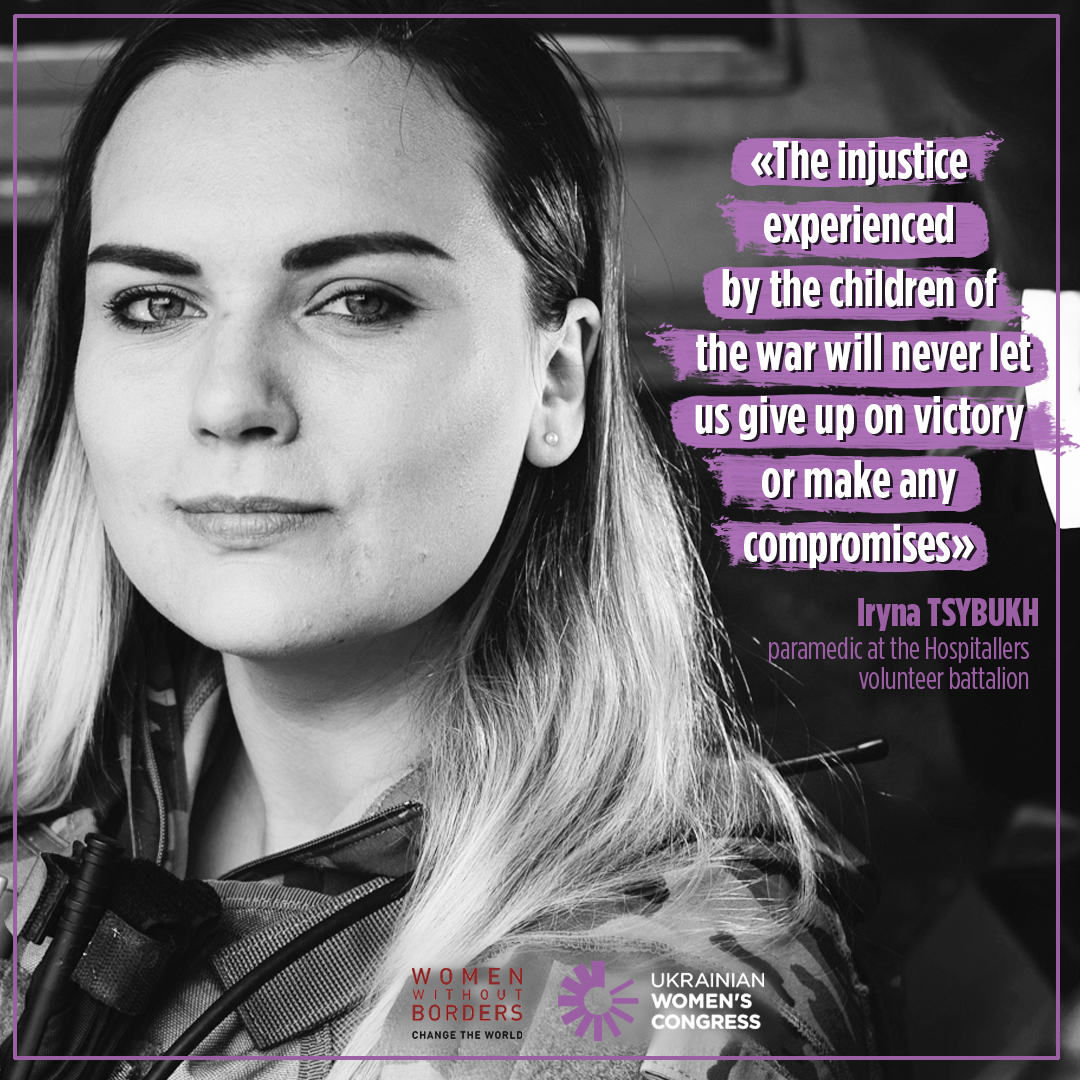 The war has taken away the pinnacle of my career. The day before, we shot a film about children in villages, which should have turned into a “policy paper” on how to make the village more inclusive for children. We recorded documentary interviews during which we did not influence the children’s opinions, but asked them what they would improve in their villages, what they lack and what they themselves did to make it better. We have made a soulful film. We have planned premieres in cinemas so that the audience starts tolerating the young from the villages and encourages the authorities to equal the opportunities for this part of the society to the level of those born in the cities. Activists, heads of public organizations, members of Parliament, government officials and embassies representatives were supposed to come to the premiere at Zhovten cinema in Kyiv on February 25. I was supposed to stand in a black pants suit, be very nervous and give one of the most important speeches in my life about the heroes of my movie. These children were to become the voices of change. Instead, their villages are occupied, some of them have stayed under the russian occupation, others have fled their homes to Dnipro, Lviv and Vinnytsia. The injustice experienced by them will never let us give up on victory or make any compromises.

That’s why now I have to be a paramedic to save the lives of those who literally stand for every piece of our land. I have never believed in a successful russia, in the revolution there. Just as blood, pieces of human flesh, the wild fear of shelling were not something unexpected for me as a paramedic. The only thing is the men’s screaming and crying from the pain of injuries, it is something I will never be able to get used to. This sound penetrates, as it were, the middle of the bones, and then remains under the skin. I may not remember the wounded man’s face or where he was evacuated from, but I will always remember how he moaned or cried. Appreciating the feat of wounded warriors isn’t just about putting your hand on your heart, or about lifting your butt and devoting all your free time so that your neighbor who got disabled in the war has all the infrastructure to live in a wheelchair a life as free as you do in your city. As much work as it is, this neighbor of yours gave his health, like a limb, to keep your city flying the blue and yellow flag, so now it’s your turn to work for him. And many such analogies can be named. We still have a lot of work ahead.

The only thing I really want after the war is to live my cool civilian life again. To rejoice and be completely happy, I will have to work several sessions with a psychotherapist and to get some rest finally. Not being under fire and covered with someone else’s blood, but discussing fashion trends with a friend over prosecco will be strange at first. But at the same time, how nice it will all be when there is no russia.

Tsybukh Iryna, a producer and project manager in her civilian life, due to the war is now forced to be a paramedic of Hospitallers volunteer battalion.